Warning: "continue" targeting switch is equivalent to "break". Did you mean to use "continue 2"? in /home/medicalm/public_html/wp/wp-content/plugins/revslider/includes/output.class.php on line 3624
 OUR FOUNDATIONAL DIRECTOR - Medical Musical Group 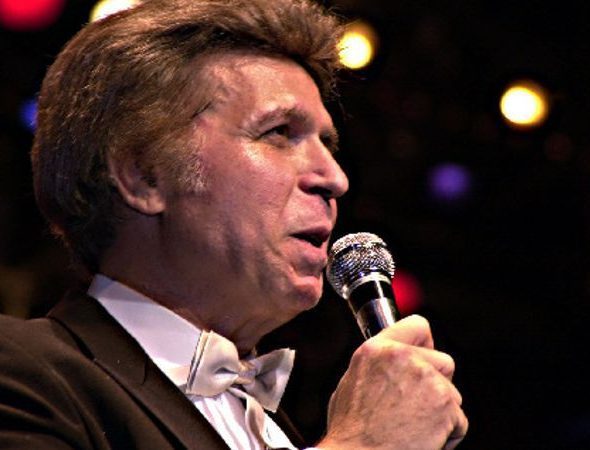 Egyptian-born Dr. Wahby is one of those truly authentic Renaissance Men.  His is an amazing track record of peak achievements in multiple, diverse fields of human endeavor.  So, it is challenging to try to encapsulate it in one brief account.

Despite the fact that he did not earn a formal musical degree, Dr. Wahby describes himself as a “life-long learner” of music.  He started his music education with Joseph El-Sisi, the Vienna-trained conductor of the Cairo Symphony Orchestra.  Later, he tutored with several distinguished conductors in Beirut, Lebanon; London, England; Chicago, IL; and Washington, DC.

During his training years at Mayo Clinic, Dr. Wahby founded and conducted the Mayo Medical Chorale and Orchestra; and while on Yale Medical School faculty he directed the Yale-VA Medical Musical Group, a forerunner of our national group.  Ultimately, he led the national MMG into vistas of wildly cheering audiences in musical performances at prestigious venues, at home and virtually all over the world.  Several of these events were streamed or televised live, or subsequently broadcast on various networks.  Some of them were sponsored on purchased TV air time.

A pioneering health communication production by Dr. Wahby’s team at the VA was “VATV”, a health talk show for veterans.  VATV pilots aired on numerous PBS stations around the country.  Although the VA did not continue the VATV project because of lack of funding, these VATV pilots were quite enthusiastically received by veterans.  Additionally, several TV stations broadcast reruns of them.

Dr. Wahby‘s US career began in 1977, by residency and fellowship training at the Mayo Clinic in Rochester, MN.  Following that, he conducted research in psychoendocrinology at the VA Medical Center in West Haven, CT, and was on faculty at the Yale Medical School.  There, he published many scientific papers on hormonal correlates of depression and other illnesses.  He subsequently moved to Chicago, IL, where he advanced to the rank of professor of medicine at the Chicago Medical School, and was also Associate Chief of Staff at the VA Medical Center in North Chicago.  Ultimately, he was recruited to join the VA Headquarters in Washington, DC.  There, he progressed in various leadership positions at the Offices of Academic Affairs, Special Projects, and Health Communications.

Prior to coming to America, Dr. Wahby obtained his medical diploma from Alexandria Medical School, Egypt; a Ph.D. in Biochemistry from American University of Beirut, Lebanon; and clinical training at Royal Postgraduate School of Medicine at Hammersmith, London, England.  Dr. Wahby is a Fellow of the American College of Physicians.

In addition to having been awarded medical research grants and funding, Dr. Wahby received many other honors and awards, e.g. Ellis Island Medal of Honor; American Prize in Orchestra Programming; American Patriot Award of the National Defense Foundation of the Non Commissioned Officers; Blinded Veterans Association Award; Congressional Tribute offered by Congressman Tom Lantos (D-CA) on the Floor of the US Congress; “Special Recognition” Award by the United States Mission to the UN (New York); etc.  Dr. Wahby was made an Honorary Post Commander by the American Legion.  He, with the Medical Musical Group received the Congressional Medal of Honor (CMOH) Society’s Bob Hope Award.

With inspiration and support from the late Congressman Sonny Montgomery, and veterans advocate Adrian Cronauer, Dr. Wahby wrote The American Veterans Hymn.  Its vocal score was arranged by his brother, Wafeek.  The Hymn was one of the grounds for the CMOH Society’s Award.

Deeply moved by the 9/11 terrorist attack, Dr. Wahby wrote the rousing “American Eagle Song” in 2002.  Interestingly, he composed that song to the tune of a church hymn which he himself had written as a young man in Alexandria, Egypt, many years earlier, and entitled it “Song of the Eagle”.  It came out of a harrowing career challenge which he (and others of his minority background) experienced at that time.  The “American Eagle Song” remains a sure show-stopper in MMG concerts. 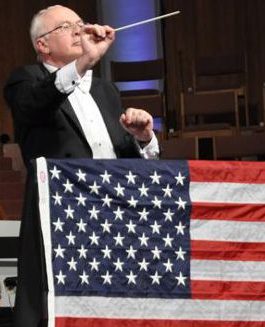 Associate conductor Dr. Joseph Car has been a member of the MMG for many years.  He also was in internal medicine practice for twenty years at the Hometown Healthcare Clinic in Spencer, IN.

Dr. Car began his musical career on piano and trumpet, and was student conductor of his high school, and of the Franklin and Marshall College Bands.  During his senior year in college he enrolled in an independent study of music theory and conducting in association with a visiting scholar program at Millersville (PA) University.  While in Jefferson Medical College in Philadelphia he continued his studies with faculty from The Curtis Institute and performances with the Philadelphia Doctors Orchestra.

After establishing a medical practice in Chicago he continued his studies with mentors in Chicago and performances with the Northside Symphony Orchestra and the “Do It Yourself Messiah Orchestra”.

In addition to his duties with the MMG, Dr. Car is the Associate Conductor of the Bloomington Community Band, and is a member of the Percussion section of the World Doctors Orchestra, Berlin, Germany.

When not pursuing his musical endeavors, Dr. Car has a passion for fly fishing and has traveled extensively chasing his elusive quarry. 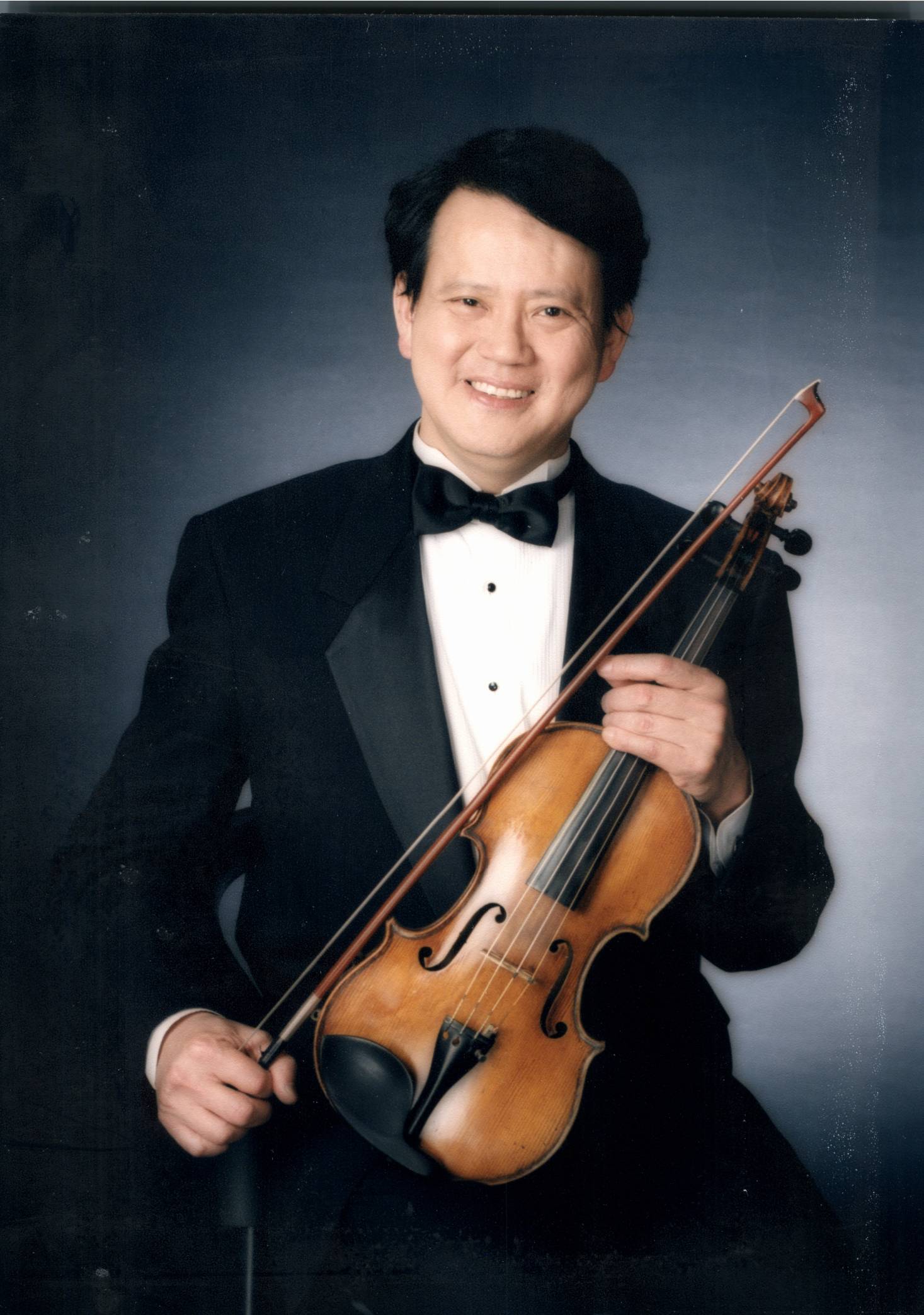 From a very medical and musical family, Dr. Richard Chen started studying violin at age 6 with his father, who was a renowned ophthalmologist in Taiwan, and later with Professor Dai Cui-Lun, the Vienna Conservatory trained violinist, conductor and educator.

While studying in the National Taiwan University (NTU) College of Medicine, Dr. Chen helped organize and served as the concertmaster of the NTU Symphony Orchestra.  During his college years, Dr. Chen also played in the Taipei Municipal Orchestra and Taiwan Television Orchestra, the income of which helped support him through his medical school years.

During his professional years as Professor of Anesthesiology at UCLA School of Medicine and Formal Chief of Anesthesia of VA Medical Center West Los Angeles, Dr. Chen also served as the President of the Los Angeles Doctors Symphony Orchestra, and played in the first violin section.

Dr. Chen has been the Concertmaster for the Medical Musical Group (MMG) since 1994.  He recently retired from his medical practice and will continue to enjoy his love of music. 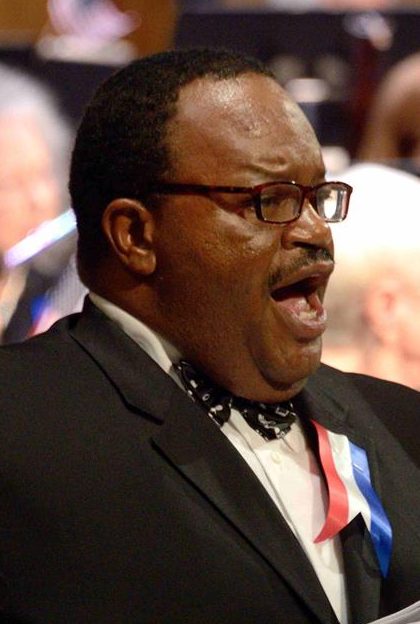 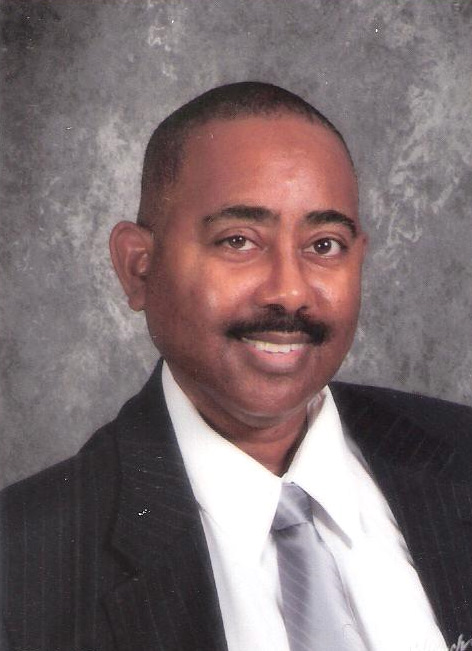 He has accompanied the Shorter College Choir, The Howard University Choirs, The University of the District of Columbia Chorale, the Maryland Opera Society Vocal Competition, and many church choirs and musical organizations in the DC metropolitan area.

Mr. Jones has taught music and musical theater at Philander Smith College, Howard University, the University of the District of Columbia, and the Duke Ellington High School of the Arts.

He has toured as soloist and accompanist in Canada, England, France, Italy, Poland, the Caribbean nations of Jamaica, Trinidad and Tobago, the Cayman Islands, Antigua and Barbuda, the Bahamas, and the US Virgin Islands.

William is presently Director of Music at Sixth Presbyterian Church in Washington, DC and President of the Artist Group of Washington, an arts advocacy organization, and teaches music in Prince George’s County Public Schools. 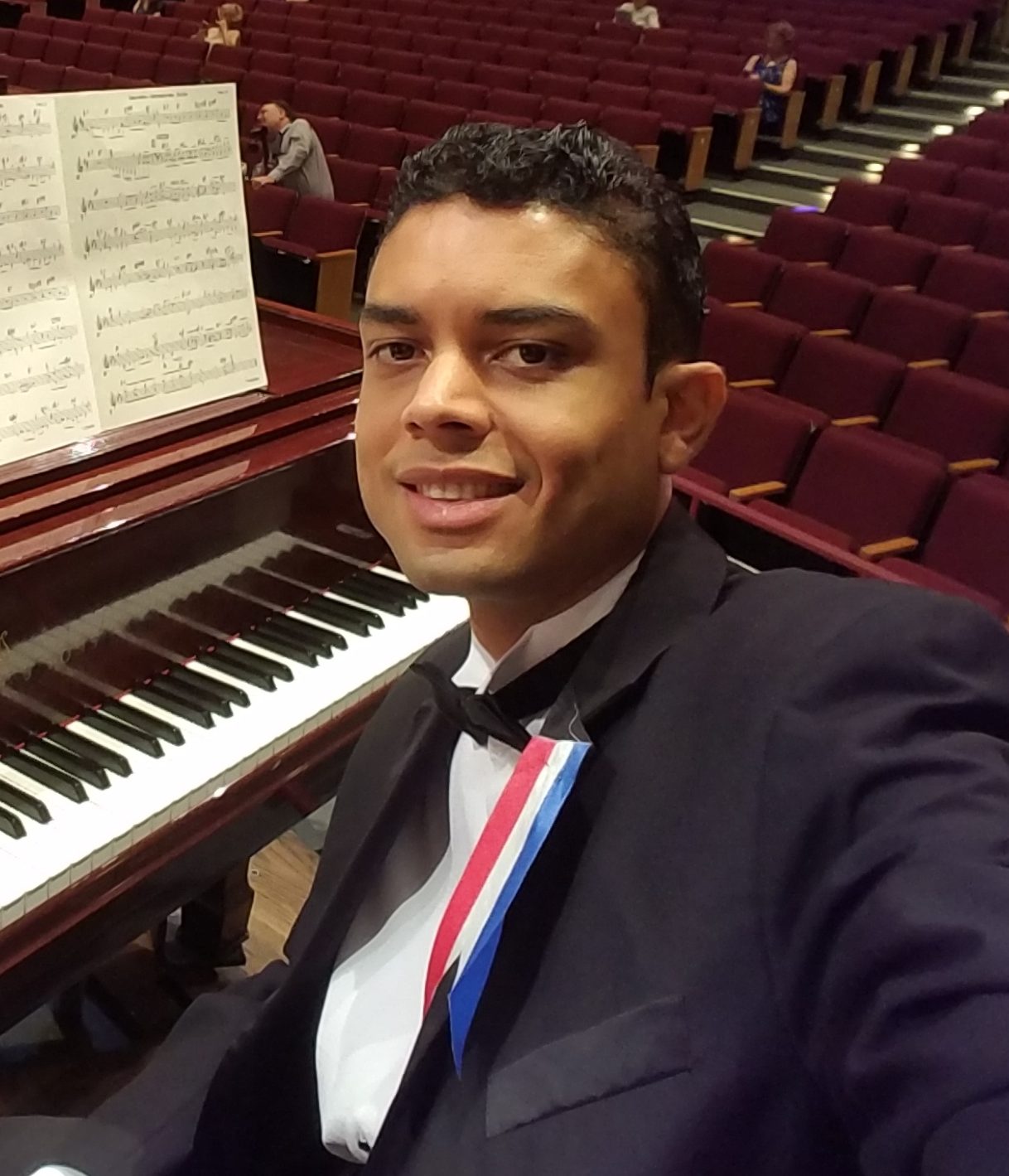 Kleber de Sousa hails from Brasilia, Brazil where he started his musical training. He is a graduate of Universidade de Brasilia, class of 2004 where he received his Bachelor Degree in piano. He studied with Daniel Tarquinio, Maria de Los Angeles Iglesias, Ronaldo Reyes and Idha Trebicka.  There, he gave concerts which received broad media coverage. In these concerts he started showing his gifts as a composer, improviser and arranger.

In 2008, Kleber moved to US to continue his education, and in 2013 he got his Master in Music from Syracuse University. His US debut was precisely with the Medical Musical Group in 2009, where he has been the piano accompanist and soloist, for the choir, orchestra, and chamber music.

Kleber also has been giving recitals in churches and colleges through the US, accompanying singers and instrumentalists. He is praised for his great improvisational skills.